Persimmons are not a “new” food for me, however, I’m not a big fan of them. This is probably the only fruit that I don’t really like. From what I gather, if you grew up eating them (probably because you had a tree in your yard – at here in silicon valley), you like them, if you didn’t grow up eating them, eh, no so much. You guessed it, I didn’t have a tree in my yard or in any of my relatives’ yards. And while I don’t have many recipes for using persimmons, I have made a seasonal salad at Thanksgiving that included persimmons, and it was delish!

The first time I bought a butternut squash, I had no idea what to do with. I found a recipe in my Clean Food

cookbook for roasted butternut squash with almonds and a touch of maple syrup. It was exciting to try new a food and a new recipe and really like it! The next week, at the farmer’s market, I went back for more butternut squash. This time I found a recipe for butternut squash soup. I’ve been hooked ever since! Here’s my favorite Butternut Squash Soup Recipe. 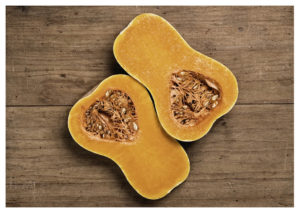 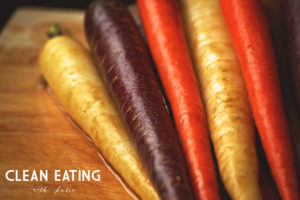 Food of the Week: Sweet Potatoes

I love sweet potatoes, but I haven’t alway loved them. I remember the first sweet potato French fry that I had back in 2003 in Monterey. I hated them. Now, I could each them nearly every day. One of my favorite recipes for sweet potatoes is for savory sweet potato cakes from Mediterranean Paleo Cooking 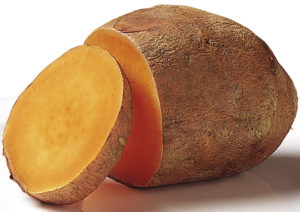 From: The 52 New Foods Challenge

Well chickpeas are pretty normal for most folks and this is an easy one for me, since I’ve always liked them. They aren’t considered Paleo, so I don’t eat them super often, but I do enjoy some good hummus every once in a while. I add chickpeas to salads, enjoy them in chana masala, and love to make my own avocado hummus. Jennifer Tyler Lee also suggest making them into hummus or using them in a curry dish.

From The 52 New Foods Challenge

Flax seeds are up next and I’m happy to report that I like flax seeds and I eat them regularly. They have a host of health benefits , but most people do not properly prepare them, and therefore do not get to capitalize on their health benefits. Read on for how to properly prepare flax. Jennifer Tyler Lee recommends adding ground flaxseeds to homemade granola bars or to strawberry-banana smoothies. In the food facts, I’ll add some precautions about using ground flaxseeds in these manners. 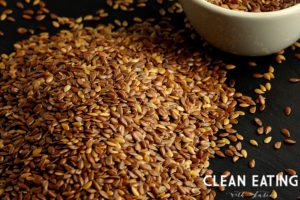 From Bauman College lecture notes, The 52 New Foods Challenge: A Family Cooking Adventure for Each Week of the Year, with 150 Recipes, by Jennifer Tyler Lee, Superfoods: The Healthiest Foods on the Planet, by Tonia Reinhard, and Encyclopedia of Healing Foods by Michael Murray, Joseph Pizzorno, and Lara Pizzorno.

It’s no secret, I’m not a fan of raw tomatoes. I’ve never liked them. In fact, I’m the black sheep of the family in regards to my dislike of tomatoes. With that being said, I believe that one day I will love raw tomatoes [growth mindset]. I do like cooked tomatoes of all kinds (except ketchup, yuck!). I am starting to like heirloom tomatoes in a caprese salad. I think the reason I don’t really like tomatoes is because of their strong flavor – it totally changes the taste of a burger, sandwich, or salad. Jennifer Tyler Lee and I are kindred spirits in this way. 🙂 The other fact that helps me feel justified in not liking raw tomatoes is that unless it’s summer, tomatoes are either grown in greenhouses or internationally, or are grown in Florida (Florida’s “soil” is actually just sand and is 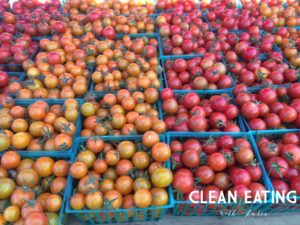 void of nutrients). So unless they are garden tomatoes or farmer’s market tomatoes, they are often mealy and are picked when green. The book Tomatoland: How Modern Industrial Agriculture Destroyed Our Most Alluring Fruit is fascinating. Highly recommended! Anywho… Jennifer Tyler Lee recommends roasted tomatoes, tomato sauce, and tomato pops! I recently made a cherry tomato chutney at a Sur la Table cooking class – it was delicious!

From The 52 New Foods Challenge: A Family Cooking Adventure for Each Week of the Year, with 150 Recipes

by Jennifer Tyler Lee, Eating on the Wild Side: The Missing Link to Optimum Health

by Jo Robinson, Superfoods: The Healthiest Foods on the Planet

by Tonia Reinhard, and Superfoods: The Healthiest Foods on the Planet