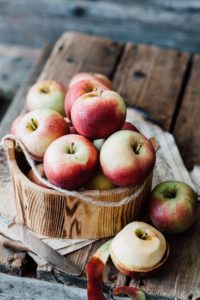 In September, I feel like summer foods are starting to “die down”, so in my mind, this is the one last month to get the summer foods in before they start disappearing for the season. I’m always excited to see apples appear back on the seasonal lists because I usually start boycotting apples in January/February. (They are about 3-6 months old by that point and to me, they begin to get that mealy texture around then.) 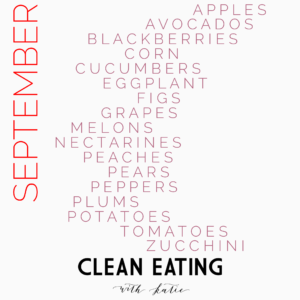 Go to your local farmer’s market this weekend and get some local food!