May is the first sign of summer produce. It makes me extremely h
appy so see summer produce. For me, it’s the berries that are the most exciting. I could eat a pint of strawberries every day. And actually, I pretty much do. ;-). My husband loves when cherries are in season and it is a pretty 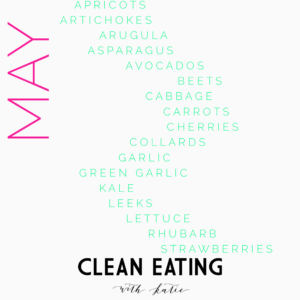 short season. I try to buy them for him often during May and June. I have never bought rhubarb, so it should go on my list of things to buy and cook with.

What are you most excited for?

April is here and that means that STRAWBERRY season
is upon us. This means that I will be eating as many strawberries as I possibly can from now until about October.  Here is a list of what is in season in April (in Northern California). 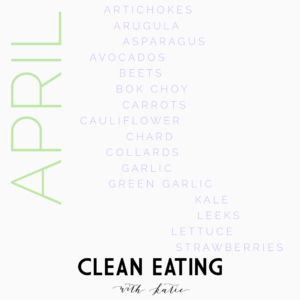 What are you looking forward to in April?

March is one of my favorite months because SPRING officially begins and because my birthday is in March. 🙂 As for what’s in season in Northern California in March, I wish there were fruits that were in season besides citrus fruits, but since there aren’t, I’m enjoying the citrus. March is officially asparagus season in most of North America. After reading Barbara Kingsolver’s Animal, Vegetable, Miracle: A Year of Food Life

I decided that I would only be eating asparagus during the late winter and early spring. 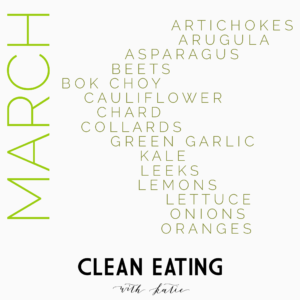 It’s what I’m most excited for this month! Bring on the stinky pee!! What seasonal produce are you going to enjoy in March?

It’s December first (not quite sure how that happened!!)! Here is the list of what’s in season in December (especially in Northern California). Mandarins are exciting to see on this list. And I’m excited to have lemons back on my tree!! 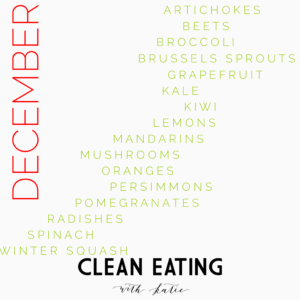 What seasonal produce are you excited for?

October is finally here! I love PUMPKINS more than just about anything, so I am a excited that October is upon us. I’m not a PSL (pumpkin spice latte) girl, actually I don’t even drink coffee. I don’t like artificially flavored things, so even if I drank coffee, you couldn’t get me near it (no judgements if you are a PSL person)! With that said I do love to bake and cook with pumpkin puree. 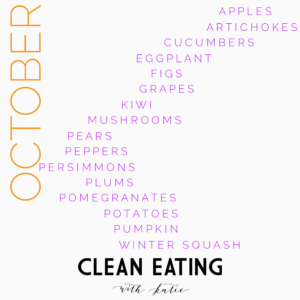 A new month is here and with it comes new fruits and veggies.  My favorite item on this list is Brussels sprouts. I could eat them nearly everyday. My other favorites on this list are Pears, Winter Squash, and Radishes. 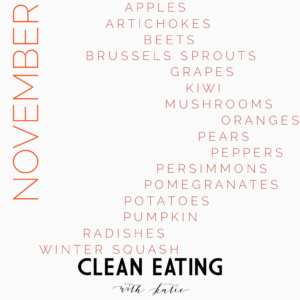 I love roasting radishes with butter – they taste just like roasted new potatoes (a great alternative for those avoiding nightshades!).  What’s your favorite thing on the list?