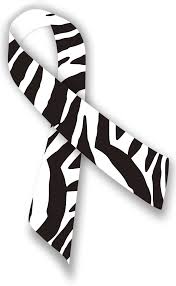 Let me back right up to where it all began…

Before I was diagnosed with Breast Cancer I had noticed that almost every time I ate, my nose would run. It didn’t matter what foods I ate, whether I was eating on the go, or whether it was spicy or not. Most meals made my nose run. I had even commented on this to Jim. I assumed this was some type of additional food intolerance.

During my time going to Bauman College (my in person classes, before I switched to distance learning), we learned about histamine and that got me thinking that this must be related to some issue with histamine. That stuck with me, but then I was diagnosed with breast cancer, so many other things got put on the back burner.

Fast forward to early 2016. At that time I had been completely done with all cancer treatments for about a year and had my last surgery in Oct. 2015. I kept waiting to get my energy back, to not have to drag myself out of bed every morning, to feel like myself. I know my body well enough to know that there was something else going on. At that time, I just didn’t know what or who to ask. In mid spring of 2016, while on instagram, I found a post by a woman with the handle @thelowhistaminechef (she has since changed her handle and can be found at Healing Histamine.) Coupling my low energy with my runny rose, I thought, THIS must be what I need to learn more about. THIS is what I have. And to top it off, she was going to be a Paleo F(x) in May. I had to go see her talk.

At Paleo F(x), she did a food demo. After the food demo, she answered some questions about her experience. (A great story, by the way, I highly recommend checking out her page). After going into anaphylactic shock while reporting for CNN in war zones, she consulted a naturopathic doctor. This eventually lead her to a diagnosis of Mast Cell Activation Syndrome (MCAS) and to a low histamine diet. She encouraged her listeners to reach out to an immunologist or a naturopathic doctor. When I came back home after the conference, I looked up MCAS and contacted my doctor for a referral to an immunologist. There are many symptoms of MCAS, but the ones that I noted were: gastrointestinal (intestinal discomfort), brain fog, headaches, migraines, general fatigue, being cold all the time, food and chemical sensitivities (including perfumes), and of course my respiratory symptoms.

I met with an immunologist just a couple of days after arriving home from Paleo F(x). Before going to the doctor appointment, Jim jokingly said, “they’re going to put you on the no food diet” since this was something I dealt with at nearly every meal. It was the most thorough doctor appointment that I have ever had with a doctor. I told her about what I thought I had and about my symptoms that aligned with MCAS. Then she went on to ask me about everything I had ever done. I told her about my my cancer diagnosis and treatment, my recurrent sinus infections, my digestive issues, chronic yeast infections, and a systemic yeast infection. I told her a story to illustrate my experiences. In Feb. of 2016, I got a common cold. That cold lasted for four weeks! And then I was well only for ONE WEEK before I started getting sick again. This is a common occurrence in my life. She then did a physical exam and told me that she didn’t believe I had MCAS because people that have it usually have skin lesions and I don’t have any of those. She did, however, suspect that there was probably something amiss with my IgA. She noted that the sinus symptoms and the bloating and digestive discomfort was like a red flag for low IgA. She asked me to have 11 vials of blood taken for testing and asked if I would get the pneumonia vaccine to help determine what I had. I decided to put off the vaccine until I knew I needed it.

Throughout the appointment I was able to convey to the doctor that I wasn’t looking for a prescription or a quick fix. I wanted to understand what is wrong with me and to do everything in my power to heal it on my own with holistic, natural, and diet/lifestyle based interventions. I know my body and I know when things are “common, but not normal” (refer to this post for more…) and when there is truly something amiss. She was awesome. She was so impressed that I knew my body so well and that I listened to it. She also understood that as a holistic nutrition consultant, I practiced what I preached.

After two separate blood draws (I pass out folks!) I went back to learn about my results. Here they are:

Please note those normal ranges come directly from the test results. As you can see, they are all very low, but my IgA and IgE were the lowest. Based on these test results and the fact that most of the other test results came back “normal”, she believes that I have Common Variable Immune Deficiency (CVID). However, she could not diagnose me without first giving me the pneumonia vaccine. To be able to diagnose, she had to prove that my body did not respond to the polysaccharides in the vaccine. So reluctantly I got the vaccine. Six weeks later I had my blood taken again to see if I had any presence of antibodies. When looking at the test results, side by side, you can see there are virtually no differences. To my body, it’s like I wasn’t even vaccinated, I have no antibodies built up to the pneumonia virus. So on August 4th, I was officially diagnosed with CVID.

Q: What are the treatment options?

A: There are three main treatment options:

The advantage of doing weekly infusions are: you don’t have to sit at the infusion center for 5 effing hours every month! and that your IG levels stay more stable rather than spikes and dips with monthly infusions. The disadvantage is that you have to do this each week and you have to do it yourself. Ick.

Q: How did you get this? Is it related to cancer?

A: I was born with it. The doc believes I was born without IgA and IgE, and that the rest of my immunoglobulins are low because they have been working on overdrive to compensate. Most people do not get diagnosed until they are in their 30’s or 40’s. It does not have anything to do with my having had cancer. However, a compromised immune system is more at risk for cancer. Think of it this way: the immune system is like an army. My immune system doesn’t have very many soldiers (very low IgA and IgE) and the soldiers it does have are busy fighting small battles (low IgM and IgG). So when a big battle (cancer) comes along, it can only do so much to fight the cancer.

A: They are mostly long, boring, and uneventful. Except for the first one.

I remember my doctor mentioning something to me about the fact that because I don’t make IgA, I could have antibodies built up to it. This means that I could go into anaphylactic shock. That’s where I remember the conversation ending, which left me concerned. So before I would let them give me anything, I asked how they test, prevent, or treat for this. The standard protocol is to treat with premeds (antihistamine, hydrocortisone, and Tylenol) and then to ramp up slowly. For the first half hour, the dose is very low, and every half hour they increase the dose. They also have additional meds (Benadryl) if needed. Once I felt that I understood their plan, I consented. Initially, I noticed nothing. But after the first half an hour, when they increase the dose, I noticed feeling a little flushed. Then I noticed that near the IV site, my arm felt kind of tingly. A little bit itchy, but mostly like someone had put icy hot on my arm. I told the nurses and they decided that they should flush my IV with saline. Then they gave me Benadryl and more hydrocortisone and restarted IV. My arm was still tingly and so they slowed infusion down. This did not seem to help. The doctors and nurses came to check on me and it was decided that since it was only near the IV site, and not all over my body, it was probably not an allergic reaction. We continued the infusion. Afterwards, I had a bit of a headache and felt tired from the Benadryl. The nurse emailed me the next day to say that she had talked with my doctor and that the tingly feeling was normal. The second infusion went much smoother, but I still had the tingly sensation.

Q: What differences will you notice?

A: The doctor said that is likely that I will notice feeling less tired. She didn’t seem to think But many of my other symptoms would go away. I should also get sick less often and be able to have and more robust immune system. So far I haven’t noticed much. My levels were so low that it could take a while to rebuild them to normal.

Q: You’re doing all of this for a runny nose?

A: No. It’s much more than that. It’s giving myself an immune system that actually functions. It’s preventing cancer reoccurrences. It’s regaining energy. It’s preventing a lot of hospital visits due to “non-serious” illnesses. The runny nose was my catalyst for seeking out medical help for a much bigger problem.

Q: What are the risks associated with CVID?

A: Getting sick, a lot. Many people with CVID end up getting very sick from things like pneumonia. Or are just chronically sick.

Here is a link to learn more about CVID.

Thanks for reading this, it was a lengthy one!