This recipe is inspired by a spaghetti squash dish I had in Salt Lake City when I attended the Young Living Conference in June of 2017. It was so good and filling that I knew that I needed to recreate my own version at home. Every time I make it, Jim raves about it! 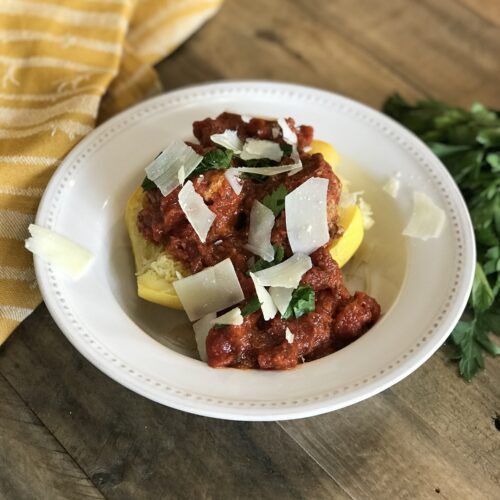 cleaneatingwithkatie
I've included the sauce recipe that I use, BUT for a quicker version, my two favorite clean and tasty sauces are Rao's and Otamot. Feel free to substitute. This is a satisfying and hearty winter dish and I think will be a crowd pleaser.
Print Recipe Pin Recipe
Prep Time 10 mins
Cook Time 50 mins
Course Main Course
Cuisine American
Servings 4 people